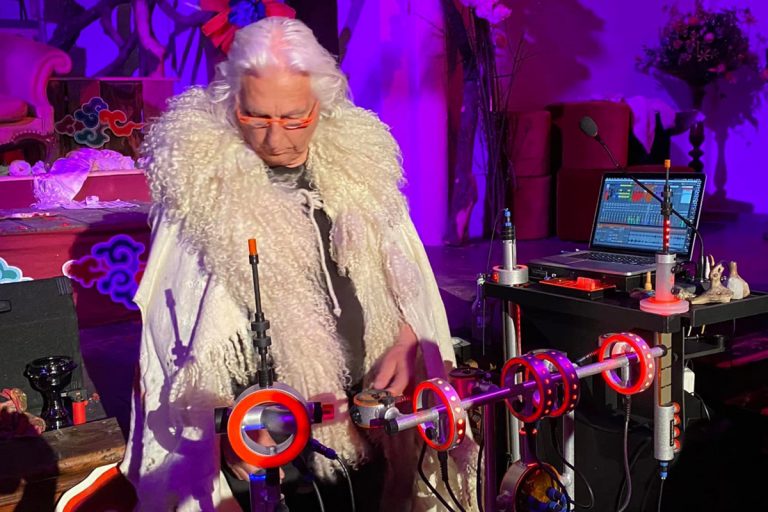 Since 2000 Piet Jan Blauw has been focused on music performances in Europe and Mexico – Sol festival (Spain), Psy Fi festival (NL), Paradiso Amsterdam, Cumbre Tajin (Mex). He has performed together with:

The music is a mix of Prehispanic-Electro, Downtempo and Trance. Blauw’s instruments produce archetypal sounds. His music can never be played in exactly the same way and demands improvisation. He sculpts soundscapes as he plays with his hands in invisible beams. This results in a pantheon of sounds that are ministered by samplers, sequencers, and processors. He drives his own aural sculptures to their limits in every performance. Technology enables him to push the limits, yet he always uses it as a tool of creation.

Since a few years, he has added projected visuals to the performances that are synchronized to the music and player with his installation.