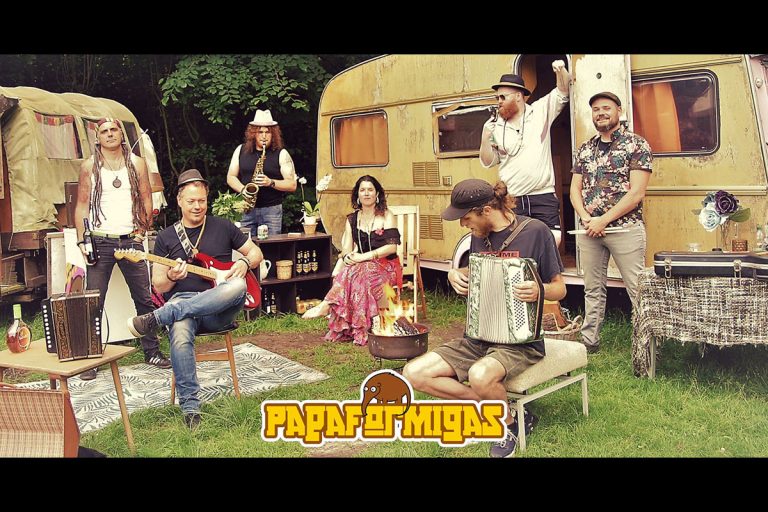 Papaformigas is a Balkan, Gipsy, Ska, Klezmer, Worldmash band from the north of the Netherlands. They released their first self-titled EP in 2013, and in 2019 their second EP called “Secret things” will be available too.

From the nether realms of Emmen and beyond a deep rumble was slowly finding its way to the surface. A few musicians, all from different backgrounds and wind directions, decided to put their money where their mouths are. Because a deep, rumbling itch needs to be scratched urgently!

Making music like it’s never done before sounds rather pretentious and ambitious but that was exactly what they did. Papaformigas was born!

Half a century of musical experience joins heads and their melting pot contains a fresh blend of the finest herbs like Klezmer, Balkan, Ska, Reggae and Polka. Bring that to the boil and add a large amount of soul for extra flavor, and there you have it: World music from the continent of Peat, Spirits & Healthy Suspicion; sounds just about right.

Papaformigas are the little nieces and nephews of bands like Gogol Bordello and Mala Vita, they bring energy to the max! Available for shows throughout the Netherlands and the rest of the world.