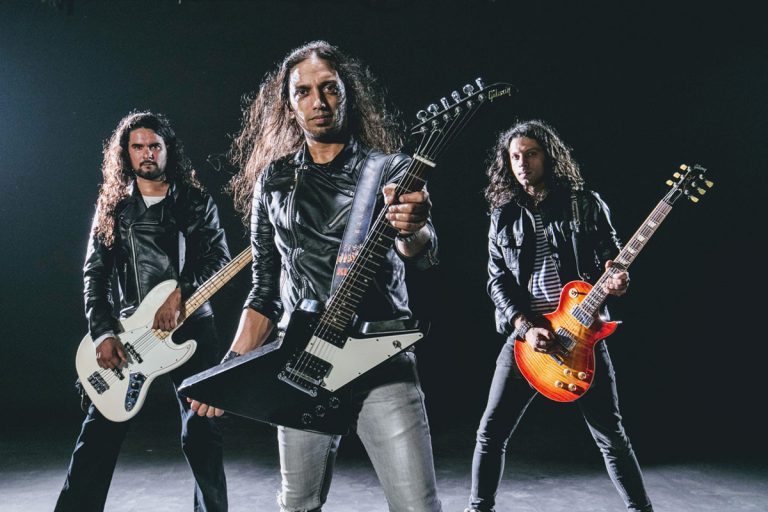 Kryptos was formed in 1998 in Bangalore, India and have long been considered one of the spearheads of the Indian heavy metal revolution. With four critically acclaimed albums under their belt, they have supported some of metal’s biggest names like Iron Maiden, Testament, Kreator, Exodus and many more, earning themselves a reputation as a fiery and exciting live act.

The band released their debut album ‘Spiral Ascent’ in 2004, and ‘The Ark of Gemini’ in 2008, before heading out on their first European tour in 2010, making them the first Indian heavy metal band to do so.

After signing with German label AFM Records, the band released their devastating third record, ‘The Coils of Apollyon’, in 2012, which met with great critical acclaim. The band followed this up with their first ever appearance at Wacken Open Air in 2013, a cross-country European tour in 2014 and a supporting tour with Death Angel in 2015.

2016 saw the worldwide release of their long-awaited 4th record, ‘Burn Up The Night’, which received praise from all quarters for recapturing the magic of the 80’s.The band then returned to Europe with Sacred Reich and made a second appearance at Wacken Open Air in 2017.
2019 will see Kryptos put the pedal to the absolute metal with the release of their ferocious fifth album titled ‘Afterburner’. Featuring razor sharp riffs, screaming solos and a raging twin guitar attack, the album proudly follows in the best traditions of Judas Priest, Iron Maiden, Accept and Thin Lizzy.

Currently signed to Seaside Touring for bookings in Europe and endorsed by Gibson Guitars, Kryptos will hit European shores once again in the summer of 2019 to bring their blistering brand of 80’s inspired heavy metal to the masses.