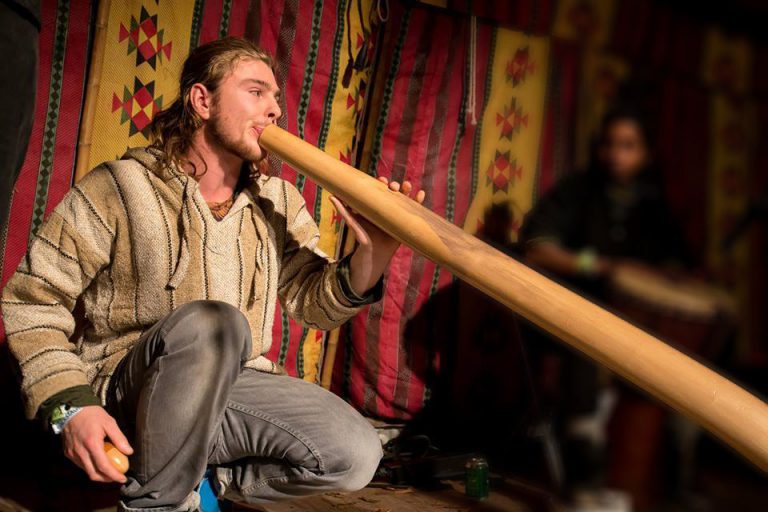 In the summer of 2013 Nick started playing didgeridoo. It was the first time he had a music instrument in his hands.

Later he started giving workshops at festivals and gatherings during the Summers. And now he also does shows, ceremonies and sound healings.

He is very grateful the universe gave him the opportunity to play this instrument and is still exploring it.

He also gives his support to indigenous culture.